Welcome to 2020. I certainly hope sanity and tranquility will return to this great country so we can once again be that guiding star that just might help re-unite the planet as one! I must admit, it’s been an interesting time for songwriters like myself as there is plenty to write about.

As many of you know, I have been writing and releasing songs in pairs as they come keeping them in the moment. So far I have released, Broken, I Know What Girls Like, Hope Is Everywhere and You Don’t Have to Know My Name. I will be releasing two more songs in the next few weeks, Where Do We Go From Here and It’s Alright.

As originally planned, this will go on for the next 4-6 months and then I will be releasing all of the material on a new as yet to be named CD. Like before, I will be using Kickstarter as a way to help finance what’s already been recorded and what’s yet to come.

I thank you all for the support over the last 50 years. 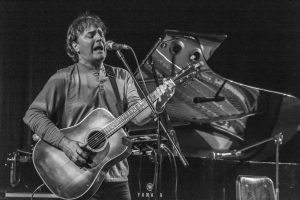